Disco Night Fright is a joint development between Genesis Gaming and Microgaming.  This online video slot game has 5 reels and features 243 ways to win.

The symbols look a little strange and are known as parallax graphics, which means that the object appears as if it is in a different position when viewed from different angles or positions.  Disco Night Fright symbols include a man wearing sunglasses, a lady’s cleavage, a dancing girl and a disco floor.  The man with sunglasses is worth 1500 coins for 5, the dancing girl pays out 1000 coins for 5, the disco floor pays out 750 for 5 and the lady’s cleavage pays out 500 coins for 5.  Also featured in Disco Night Fright are the playing card symbols Ace, King, Queen Jack, Ten and Nine.  The playing cards have lower payouts with the Ace paying out 250 coins for 5, the King, Queen and Jack will pay out 150 coins for 5 and the Ten and Nine are worth 100 coins for 5.  All other payouts can be viewed on the paytable.

How to Play Disco Night Fright

Disco Night Fright has a minimum bet of 25 coins and all wins are paid out from left to right in any position on adjacent reels starting with the left reel.  The highest combination of wins is paid out for each symbol on the reels.  The bet max button is for players who choose to play with the maximum coin value.  The spin button is to spin the reels.

Disco Night Fright can be played for free or demo mode at most online casinos. Playing for free is a great way for new players to try out the game or the online casino and learn the rules of the game and how the betting works so that when they do play for real money the chances of winning are greater here.  For seasoned slot players it is beneficial as they can try out new games and online casinos.

Disco Night Fright is a simple online slot game which features a free spins round and offers 243 ways to win.  Although the payouts are modest it is still an entertaining slot. 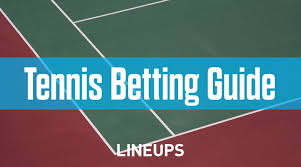